Hope with Expectation for Success

Barbara approached the school district during the summer of 1982 and advised them that in September they would have six teenagers with very special needs attending their school district. They advised her that they did not have a class for such children. A special class was established in Santa Monica for our teenagers and a special teacher, Mr. Richard Jacoby, was hired to teach them. Richard designed his classroom after the special education models. Three hours after his first student entered, his classroom had been redesigned by his student, Dara.

School was difficult for the residents. The bus would arrive at 7:00AM and return at 5:00PM. They were expected to stay in their seats for the two-hour ride and behave. Their behavior problems often led to them being sent home or suspended from school. We managed to get an aide for the long bus ride and eventually the class moved to Malibu, which was the end of the tow-hour special ed. bus.  In 1986, Esperance was able to purchase its own home and moved from Point Dume in Malibu, to Malibu West. Two of the residents reached the age of 22 in 1988, and the school was no longer able to provide an educational program for them. They had become adults and Esperance began the transition from group home for teenagers to an adult residential facility. 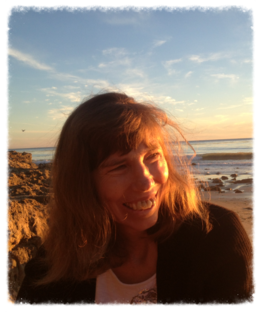 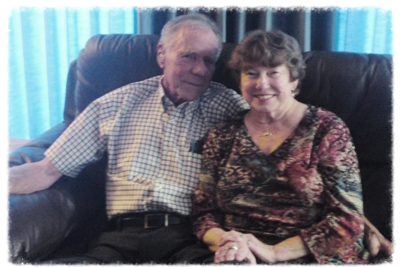 Barbara and Roy Hasselquist established Esperance Center in May of 1982, to provide a program for their daughter Dara who had the disability of Autism and later, to better serve other teenagers with disabilities. During that summer, Barbara designed a residential program suited to the Regional Center’s specifications, filed a licensing packet to meet licensing requirements, and filed for non-profit status. Barbara and Roy had a mission. They rented a home on Point Dume and with the help of friends and family, furnished it, and had it ready in September. Esperance was licensed on September 29th. By December, Esperance had six teenagers residing in the home. Another step in opening Esperance Center was to insure than an appropriate educational program was in place for the residents. All children of school age were entitled to a public education thanks to Federal Law PL 94-142 that was passed on November 29, 1975. This law provides all children with disabilities, ages 3 to 21 with the right to an appropriate education through their local public school system.

There was no day program for adults in Malibu at that time, so Barbara approached the Regional Center and asked to be vendorized to establish one. Barbara was able to design a program based on the philosophy that all parts of the program must be individualized and be based on the individual’s strengths not weaknesses. Esperance Center remains true to this philosophy. Its day program is community based and non exclusionary. The program offers mobility training, community integration, self advocacy, supported work, and behavioral component.  Esperance Center was able to find employers who gave the clients a chance to work. These employers were not major chains that were then hiring those with disabilities, but local people with businesses located in Malibu. Without them the day program could not have succeeded. Two clients with autism began our day program and we now have 25 clients of all abilities.

In 1989, Art and Deanna Tyree became house-parents for the Malibu residential home. Together with Barbara and Roy they visited property in Clovis, CA which had been donated to Esperance Center by another nonprofit company. After this visit, Art and Deanna expressed their interest in running another program like the one here in Malibu. Thus, Esperance Center North was born. Deanna has remained director of this program since 1991. The program enjoys the same excellent reputation in Clovis due to Deanna’s hard work, knowledge, and dedication.